A bit of a mystery 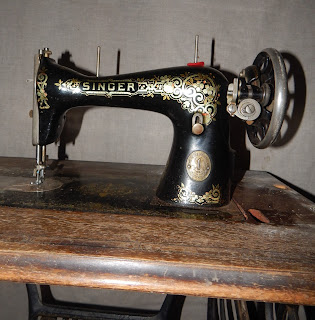 I haven' t forgotten the blog and sewing, but my life still is run by bigger projects. I can proudly report that house has a new roof on, electricity is done and (my major job) - orchard and basic garden planted. These past months had been filled with hard, hard work, but major things are starting to make at least some sense - road through the wood must be completed, polytunell erected, house garden is still a mess. but.... we are getting there, we are (or so we believe).

So... nothing in the crafty mode to show. (Only sewing I had done in past 6 mo had been patching up my working trousers. ) But! there is always a hope, and for that my DH for Xmass gave me another Singer treadle. I wanted 15k, and I got one.... Ish. It is a bit of a mystery. 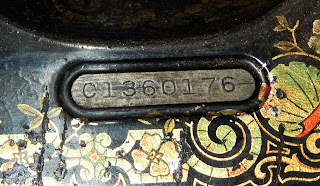 According to it' s  serial number, it has been made in Germany in 1915. But instead of a German badge it has one in English. So... Export market? Wait a minute? Exporting sewing machines  from Germany to UK in 1915? It's WWI! So I' m scratching my head and trying to solve this mystery.
# 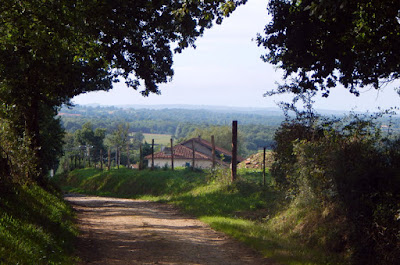 So, I finally moved to France, nearly 2 months ago and only yesterday we finally got Internet. So I should be able to come up with great post but sadly I have nothing to report.
My patchwork is done with cement right now, my stiches are brambles in the forest (my arms are badly scrached, worse than any sewing :D ). 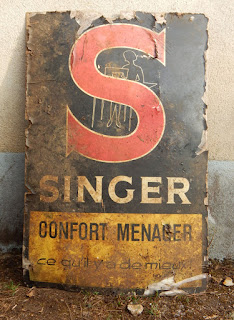 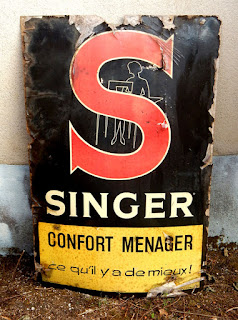 The only sewing related thing happened when I was taking apart an old, collapsed chickecoop behind the fig tree. It was like a week untangling ivy shoots out of wires, move all the collapsed roof tiles and so on.... nothing exciting really. When I finally reached the bottom of the coop, where the feeds had been, something like cardbord started to rattle under my feet. I pulled that piece of plastic out and.... Little surprise!

Whiped it down with a wet cloth and it started to shine. There are few dents but nothing I can't restore. 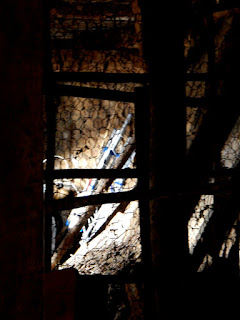 Oh, and I finally got my last Singer, model 96, home, but it is still unpacked and probably will stay that way for loong - my future sewing room right now looks like this - the price you pay sometimes for living in as near Paradise as humanly possible.

So far most of garden had been cleared, some forest as well, vinyard seems to be beyond repair so new one will need planting.

The best news - as I can't sew, I'm running around all day long doing heavvy jobs and have lost quite a lot of weight despite all the gorgeous French food. Yay!

I adn't been around lately for a reason - DH managed to surprise all of us with a stroke, and as soon as I got him home, my youngest collapsed in pain - seems like it is ovarian cyst. So I'm just busy rushing between the hospital and home. No time to sew, no time to post. But I will be back, I will.
Posted by Ann X at 21:33 2 comments: 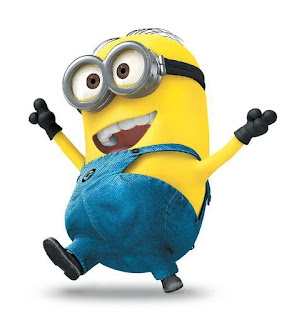 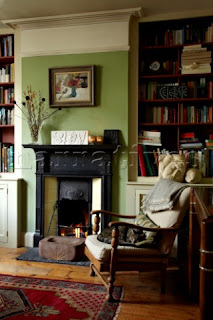 Right now I’m drowning in Magnolia and white gloss so quilting must wait.  But it hasn’t stopped me thinking (I know, a bad habit). As I’m now concentrating on renovation and decoration, one thing really irritates me right now. Energy saving in average British house.

All the UK media are screaming loud – save energy! Install new, energy saving windows and doors!  Double glazing is the must!
I support energy saving and recycling. Reduce our carbon footprint! So I totally agree with double glazing and insulation. Expensive? Yes. But should be worth it, if...

How about that hole in the wall? Yes, that one, called a fireplace.

Fireplace is a must have in every British house.  Designers call it a focal point of the British living room. Just close your eyes and imagine... Comfy armchair in front of that roaring fire with that British cuppa after a long walk in damp moors... Britishness to the essence, right? So every UK house has at least one.  More or less decorated hole in the wall, leading right up into the open sky.

Roaring? No, of course not. Wood is expensive and I suspect, half of population now has no idea how to lit one.  So it’s better to leave that hole untouched. For that British dream, for the traditions. For that desired focal point (well, let’s be honest – nowdays the only real focal point in average UK household is that flat screen TV).

Our house has two of these holes, called fireplaces. One is empty, hadn’t been used for at least past 20 years; other has a gas burner installed. And none have a damper!!!  So the both holes are opened to the sky 24/7!!!

So...  How the nation is supposed to save energy by installing double glazing and packing layers of insulation in the attic while leaving two open holes in the house? How double glazing helps if you keep at least one window opened forever?

Why there are no adds telling nation to sort out their fireplaces? Adds for installing a damper? I haven’t seen even one add!

Damp issues? Well, UK is damp, I agree. But modern double glazing windows are made to breathe, to sort out these damp issues, right?

Dampers are dangerous in hands of idiots when burning coal? Right. Fumes, I agree... So how many UK households use coal? I don’t know, as statistically it goes under “solid fuel” and includes wood as well. But, anyway, in 2013 solid fuel was used in only 0.8% of UK households! Less than 1 percent!!! (In comparison, in 1970 there were 39 % of households burning coal).

So maybe it’s time to stop fooling around with these better and more expensive double glazing windows and doors and start energy saving with that hole in the wall? 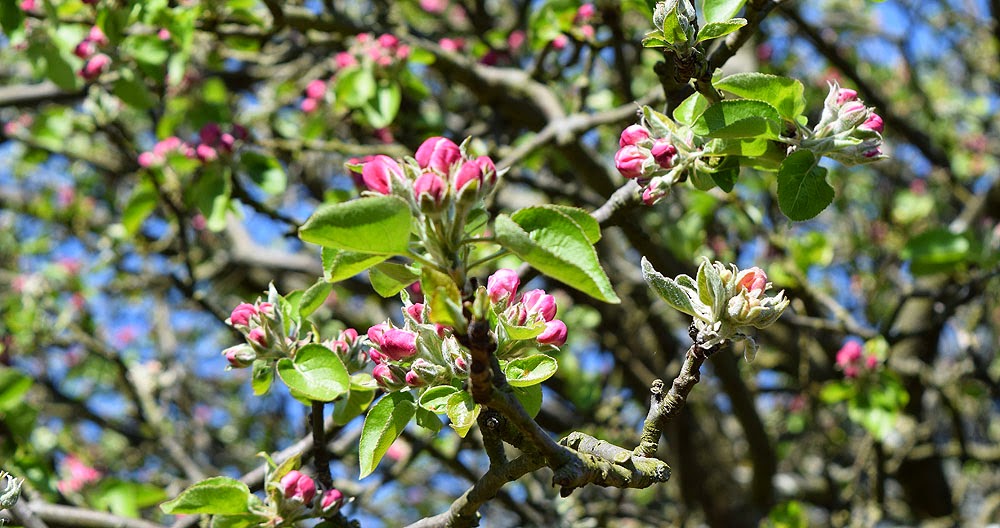 While packing, weeding and painting walls, my old Singer has been completely abandoned and seems that it will feel lonely for a long time as my new sewing room even has no walls and windows yet. So I'm quilting in my head only right now, but...

I bought a quilting table. Gammill 14 ft in pristine condition. So non existing walls are perfect as now I will be able to plan my sewing room according to the size of the table.

Khm, now just one little thing - finding a second hand long arm which will fit on the table - no way I can afford a new Gammill machine. So if you have ideas and suggestions, you are very welcome! In general I'm thinking about something like Gammill Optimum, but I'm open to any ideas so please share your visdom!

Whatever is going on in my poor head, the spring is here in full bloom, I have new camera and even Ben and Jerry are enjoying the sunny days in garden. 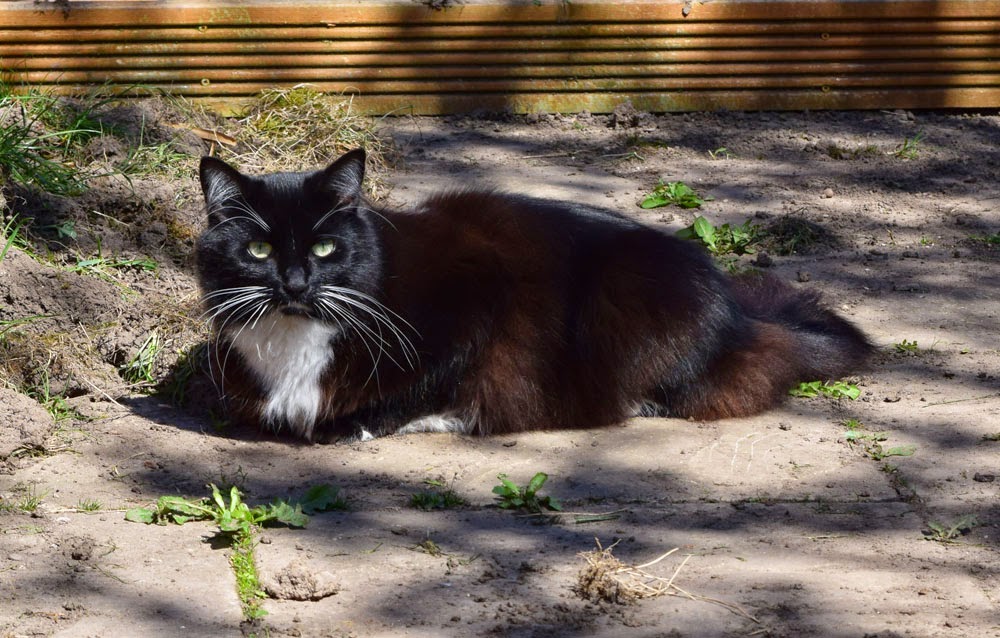 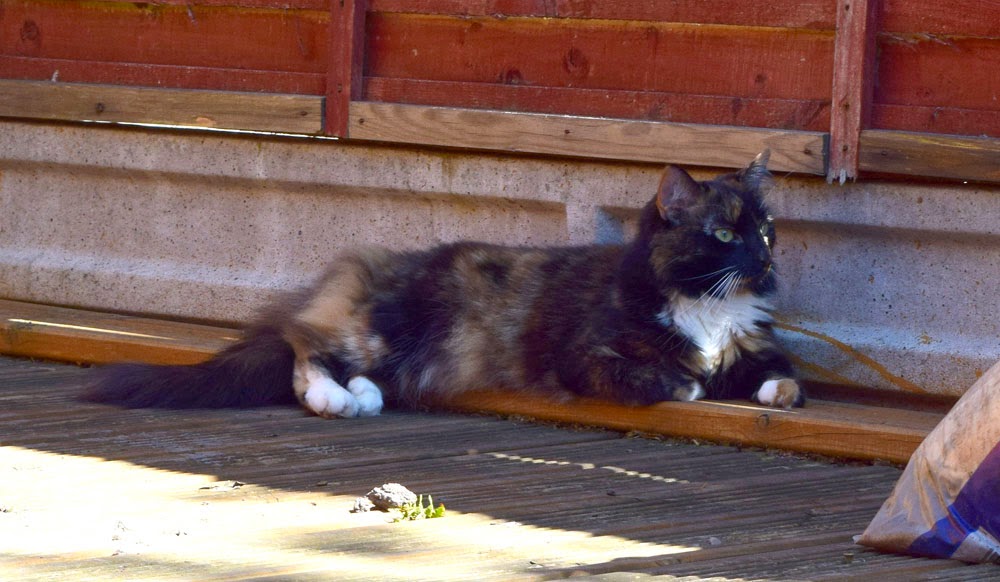 A splash of paint II 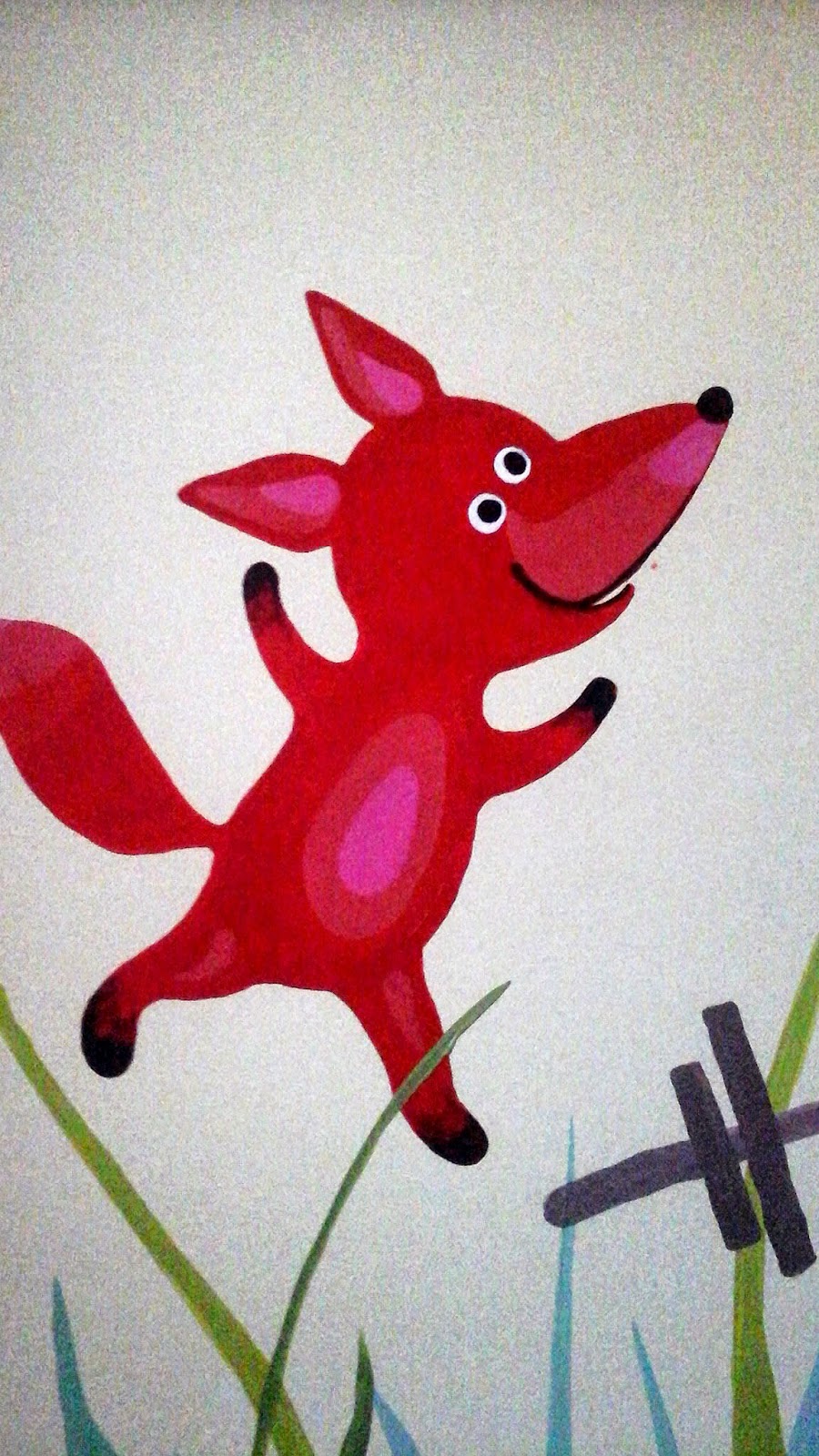 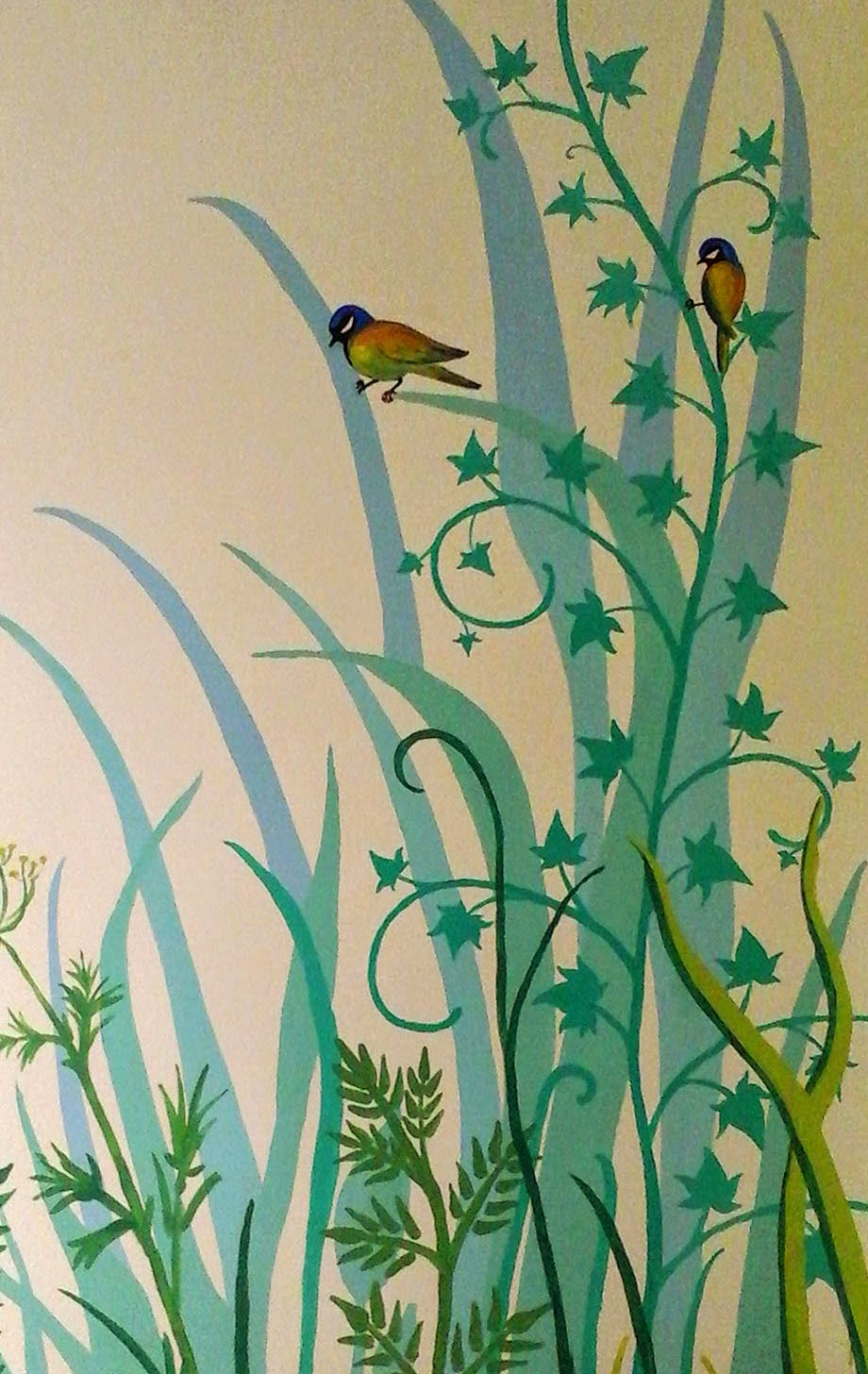 Working hard, I managed to add few inhabitants on the nursery wall, but now I know that it will be the project to continue for few next visits as well. 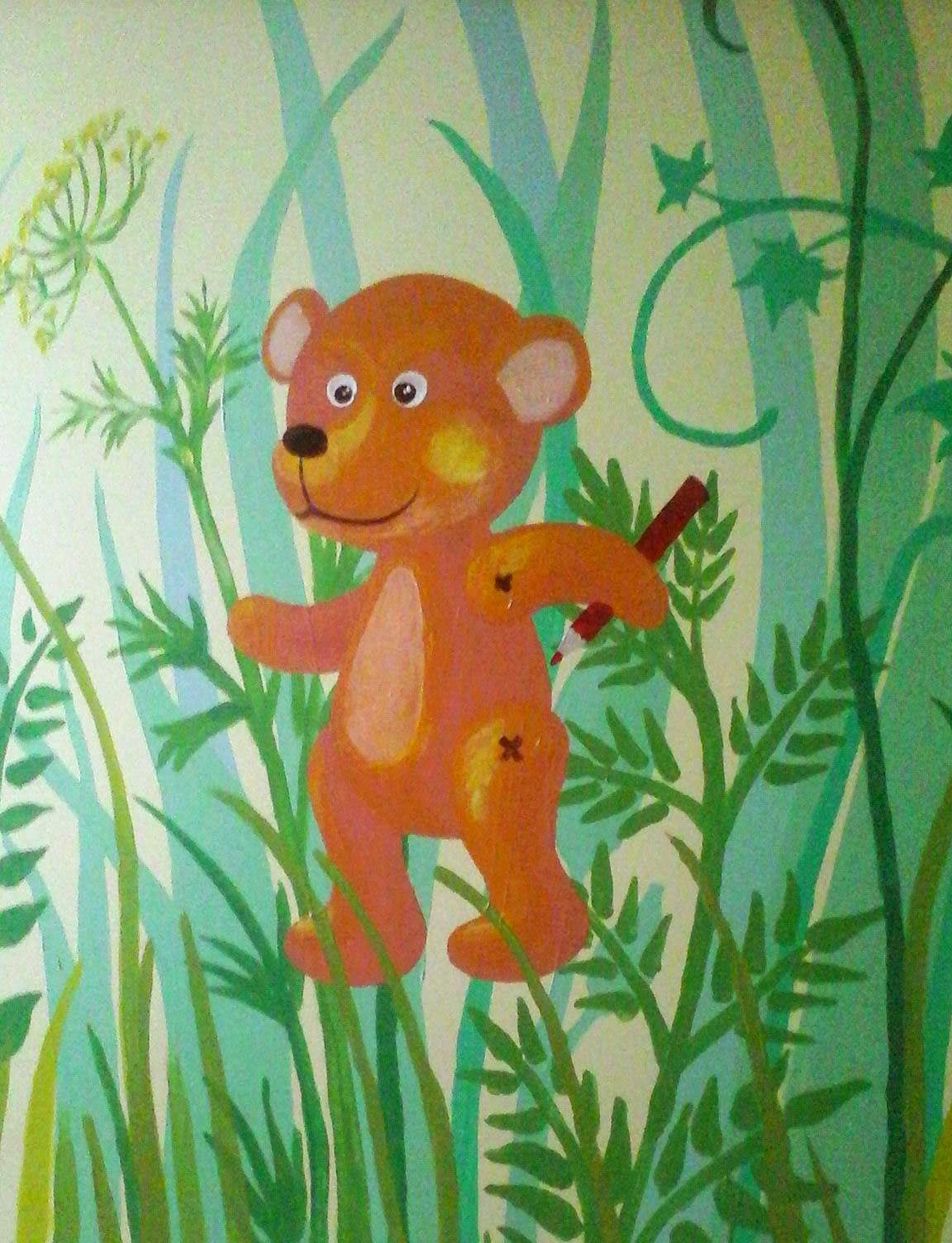 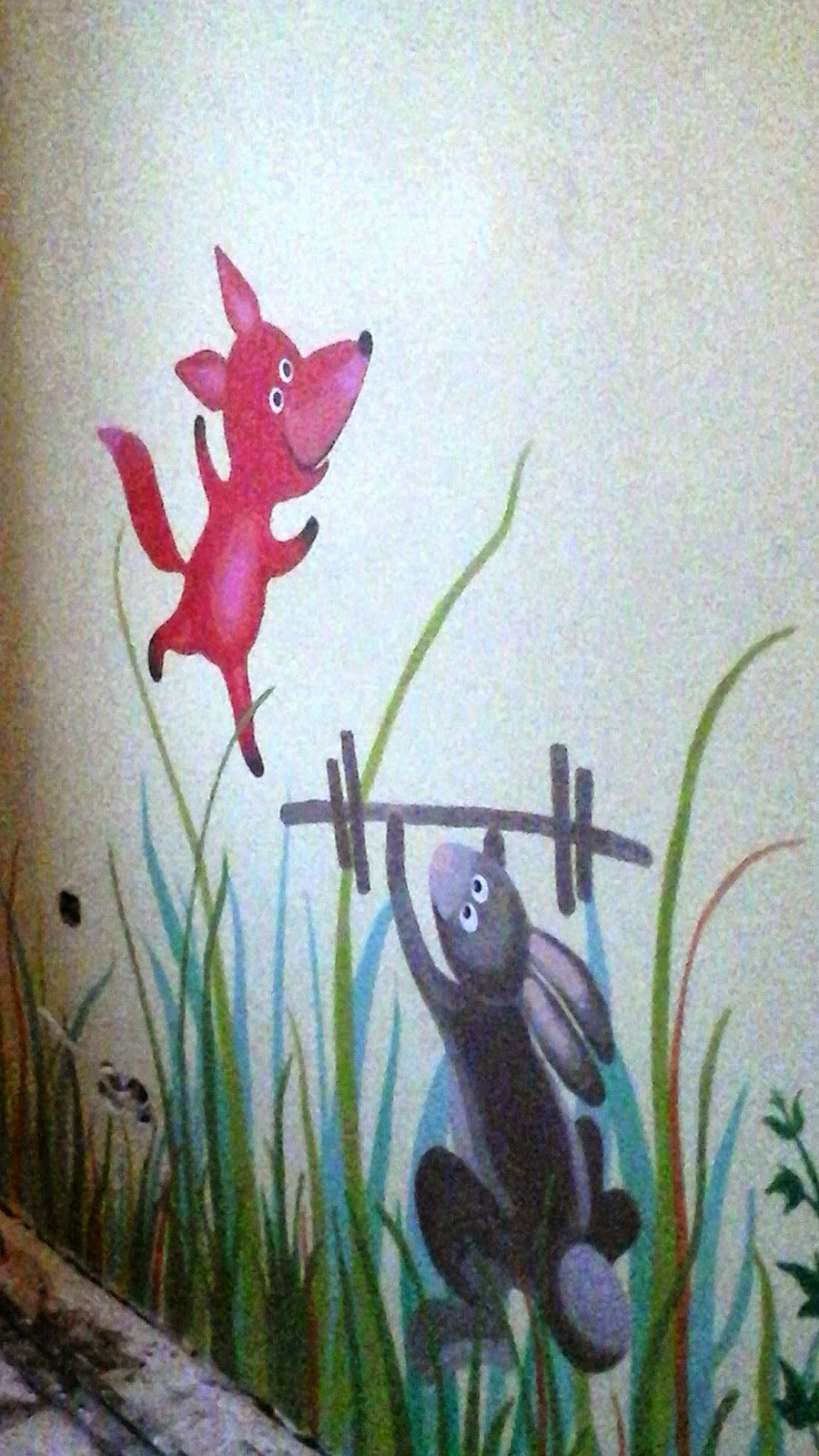 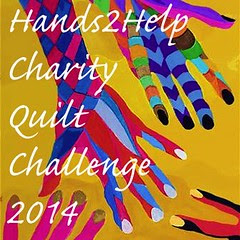 Ann X
I love making things, you know, different things. About me... Well, as a child I had 39 Teddy bears... This sums it all up. English is not my native, so please bear with my poor language!